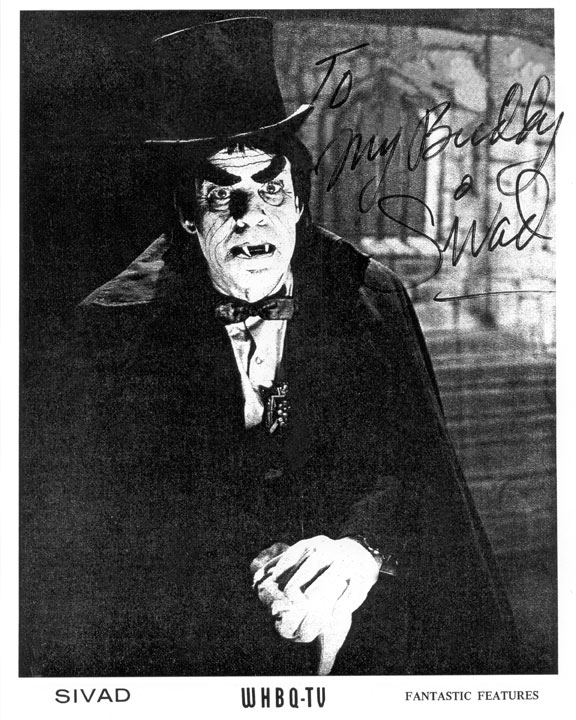 Moving into the Memphis region, West Tennessee has had fewer horror hosts than the rest of the state, but it did produce its fair share. Sivad, as played by Watson Davis, was the first in West Tennessee, debuting in September 1962 on WHBQ-13. The ghoulish vampire hosted classic and not so classic films for ten years and twice a week.

Sivad could have been called the hardest working monster in the business, as the man appeared at countless openings, fairs, parades, and presided over his own fan club. Fantastic Features also boasted live music performances. Sivad even released an album of original songs, entitled Sivad Buries Rock and Roll.

Fantastic Features aired from September 1962 to February 1972 on WHBQ-13 Memphis. There were efforts to bring the show back in the mid-70’s, but sadly those plans failed. Watson Davis passed away in 2005.